The Nike Air Force 1 Low “Orange Skeleton” for Halloween 2020 is a spooky and festive release of the iconic lifestyle silhouette by Nike. The “Orange Skeleton” follows up the “White” and “Black” colorways that were released in 2018 and 2019, respectively, in celebration of Halloween. The upper features the same glow-in-the-dark Halloween aesthetic with a graphic of the bones of the foot appearing on either side of the upper. Orange or “Starfish” leather forms the base. Tonal Swoosh detailing can be found underneath the anatomic design on the mid-panel and black “Nike Air” embroidery dots the heel. Nike replicates the same skeleton graphic on the insoles. The previous two “Skeleton” colorways feature a glow-in-the-dark outsole, and this 2020 version extends the glowing rubber throughout the entire midsole as well as the outsole. 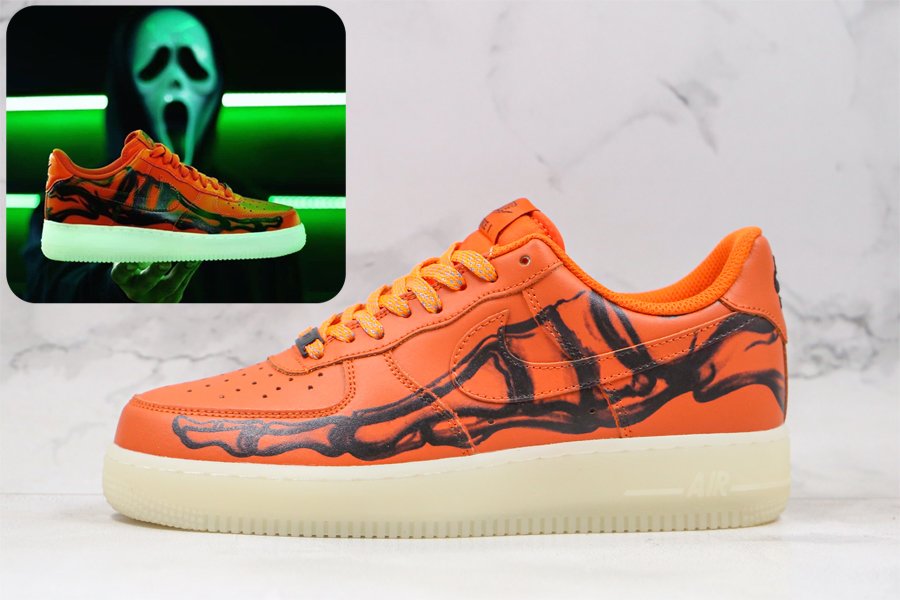