From the teaser images that have been seen so far – which are admittedly less than stellar, even by sneaker leaker standards – the Travis Scott Fragment Air Jordan 1 feature a tumbled leather upper with white quarters, mudguard and eyestays plus blue toeboxes, heels and collar flaps. Black is introduced into the mix as well, appearing on the midfoot’s signature backward Swoosh, the ball-and-wings logo on the collar flaps and the co-branded heels that feature Scott’s Cactus Jack logo on the left foot and fragment’s dual lightning bolts on the right.

The heel isn’t the only co-branded piece of the shoe either. Off-center tags serve up inverse branding from the heel, with the left shoe displaying a fragment design text hit and the right shoe a red Cactus Jack motif. Both also feature a standard blue Nike Air fabric tag. Black collars, black laces and what appear to be white midsoles round off the look.

At the time of writing, there is currently no solid release information to be had – or even word if this is simply one of Scott’s numerous friends and family sneakers. However, more updates are sure to surface in the coming weeks. 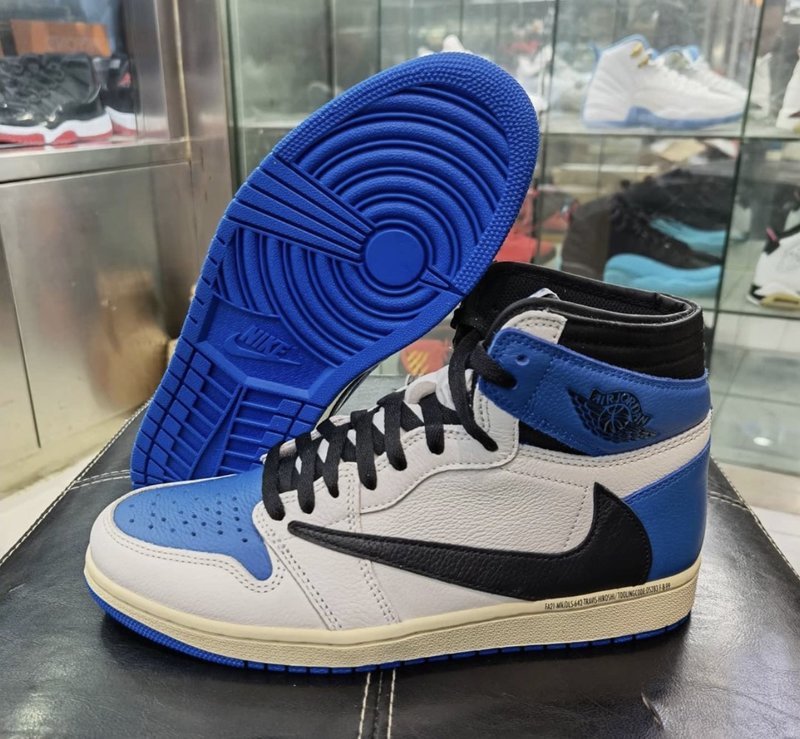 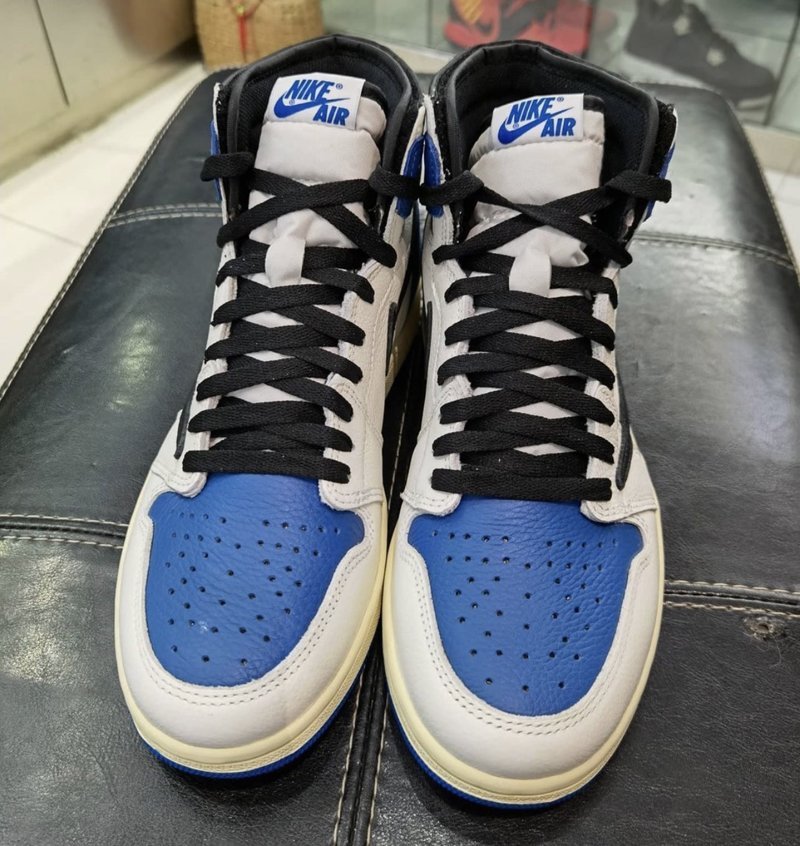 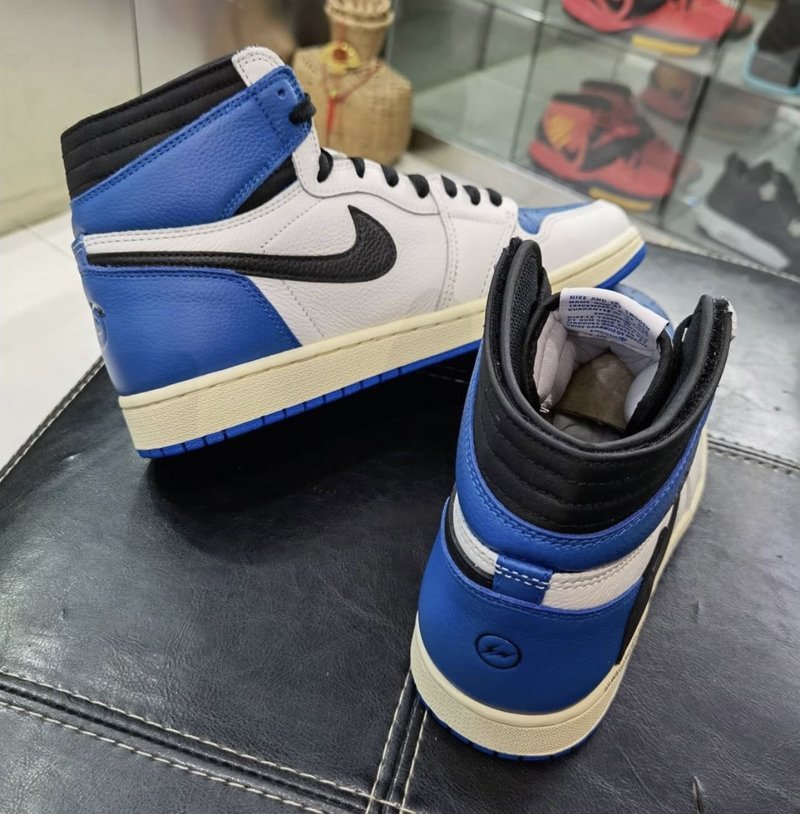