In 1992, as Michael Jordan prepped for the Olympics in Barcelona, Tinker Hatfield was designing colorways for the Air Jordan 7. Tinker let Jordan choose and wear his favorite colorway to the Olympics, which became the Air Jordan 7 ‘Olympic’ sneakers. The alternate colorways designed were shelved until 2016 when the ‘Tinker Alternate’ was released to commemorate the Olympics in Rio. The Air Jordan 7 Retro ‘Tinker Alternate’ features a highly contrasting color blocked upper of white and blue. The shoes are one of only a very small handful of Jordan models that feature Jordan’s Olympic number ‘9’ on the heel. 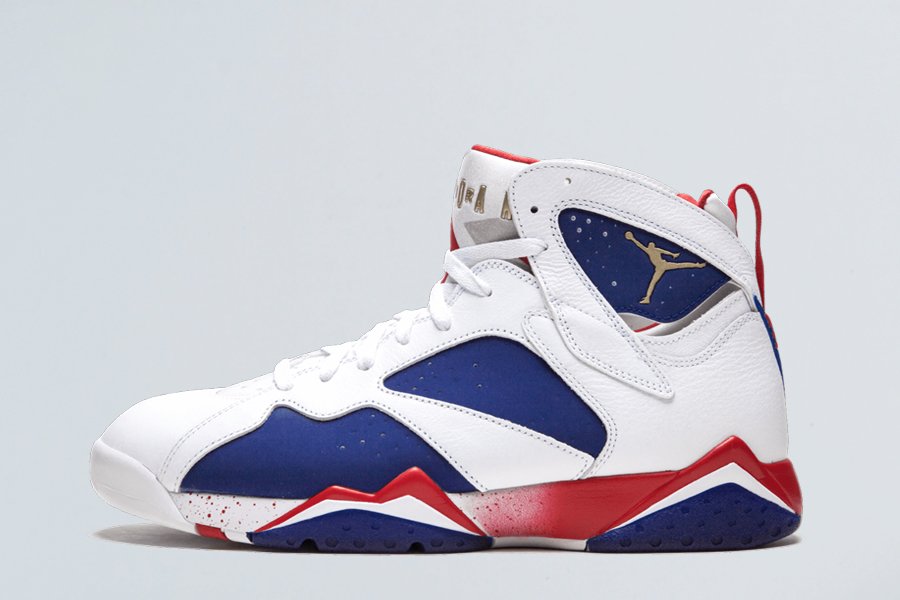