The Nike Dunk SB Low – Premium SB C & K are a result of a collaboration between Nike SB and Dutch band C-Mon & Kypski. C-Mon & Kypski Hip-Hop instrumentalists are well known and respected in the Dutch skateboard scene. Simon and Thomas are both long time core skateboarders that have been sponsored by local skateboard shop E-zone in Utrecht, Holland. Various Dutch skateboard videos feature their tunes and they’ve been known to spin a record or two at various skate contests.

The band’s music is innovative and refreshing in terms of musical originality. The music of C-Mon & Kypski does not have any musical borders. At first the group could be put under the genre of hiphop/turntablism, but not any more. C-Mon & Kypski can bring their music to you LIVE in a totally unique way. No static laptop stuff but live video scratching, live drums, keys, guitars, live sampling, boomin’ beats, lights, the whole nine yards.

Their concept was to create a shoe that people who make music can immediately relate to. The guys were given carte blanche on the design. The color way refers to the artwork of their latest album Where the Wild Things Are. The insole pattern is made from their first logo – a head with a turntable for a brain. The shoe has a clear outsole with a pattern of SB & CK. The music connection is made with a music wave and VU-meter. The former representing an actual song the band created for the launch of the shoe. 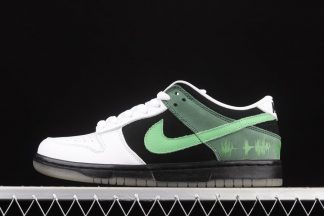