The Air Jordan 1 High OG Rebellionaire is inspired by the classic Air Jordan 1 “Banned” commercial, according to sources. The “Rebellionaire” nickname acknowledges the time Michael Jordan was a rebel by wearing the “Banned” AJ1 even though he was fined for each game. Done in a Black/White-Particle Grey color scheme, the model is highlighted with the words “They can’t stop you from wearing them,” in an all over print as a reference to the commercial. It will also come with a striking Red “X” on the heels, while a white midsole and grey rubber outsole is also expected to be part of the design. 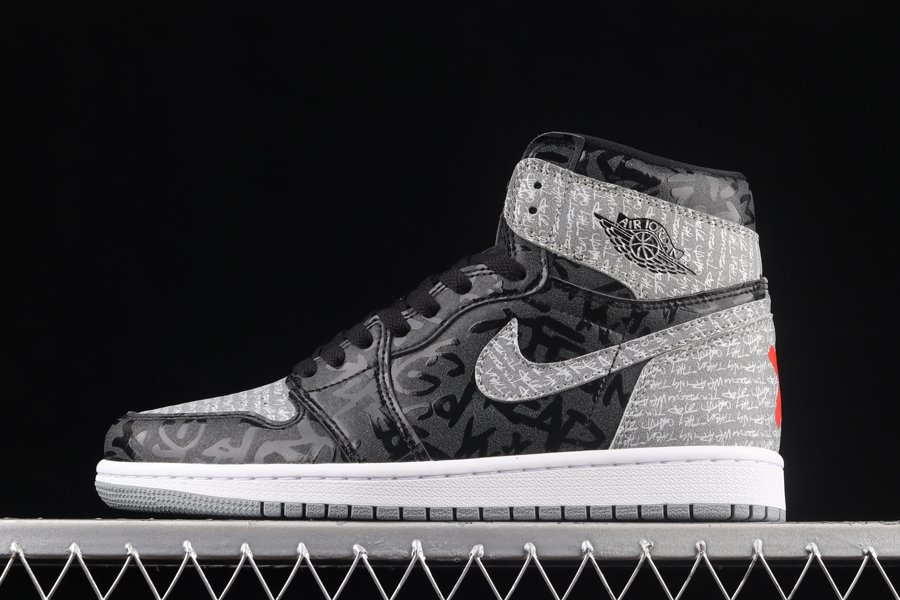