Holiday offerings from Jordan Brand are notable standouts and an Air Jordan 11 Velvet WMNS “Midnight Navy” is suggested to arrive on Black Friday, according to sources. Reportedly flaunting a color scheme of “Midnight Navy/Metallic Silver-White,” the model is suggested to feature the similar aesthetic as the 2016 Air Jordan 11 GS Heiress “Night Maroon”. Additionally, a rendering of the purported style suggests a Midnight Navy upper with nubuck replacing the traditional mesh base and velvet utilized to replace the traditional patent leather overlay. Finally, a white midsole and icy translucent outsole rounds out the makeup. 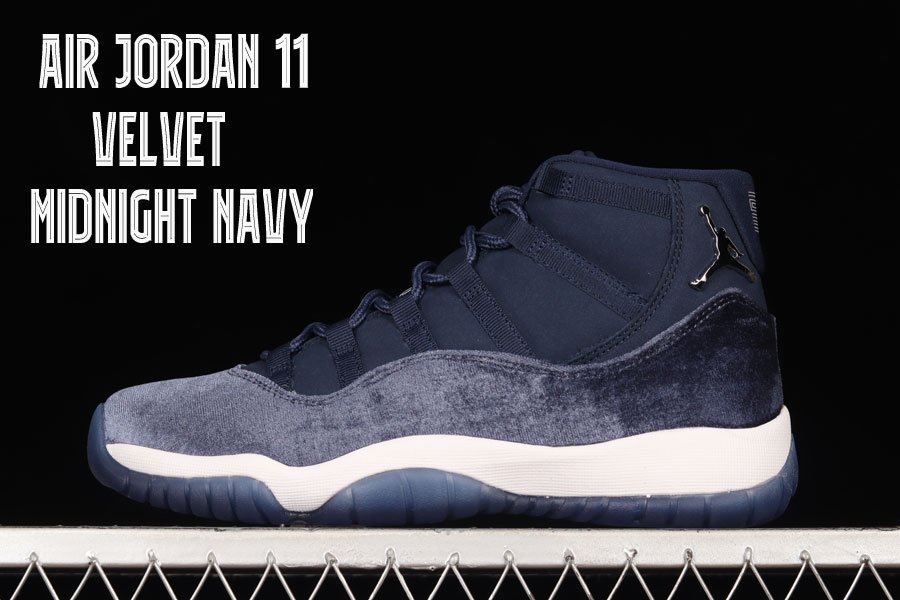