Nike is showing love to WNBA legend Lisa Leslie and the iconic 20th anniversary of becoming the first woman ever to dunk in a WNBA game with this special colorway of the Nike Dunk Low. Regarded as one of the best women basketball players of all-time, Lisa Leslie played for the Los Angeles Sparks from 1997 to 2009 and captured two WNBA championships and won three regular season MVP awards. On July 30th 2002 she became the first women to ever dunk in a WNBA game.

This special edition of the Nike Dunk Low draws inspiration from the Sparks’ team jerseys that Leslie wore while playing for the team as the sneaker gets covered in a yellow leather on the base of the upper with purple on the overlays and emerald Swooshes. Additional details include Leslie’s number “9” on the heels, black detailing on the laces and heel branding, white midsoles, and black rubber outsoles. 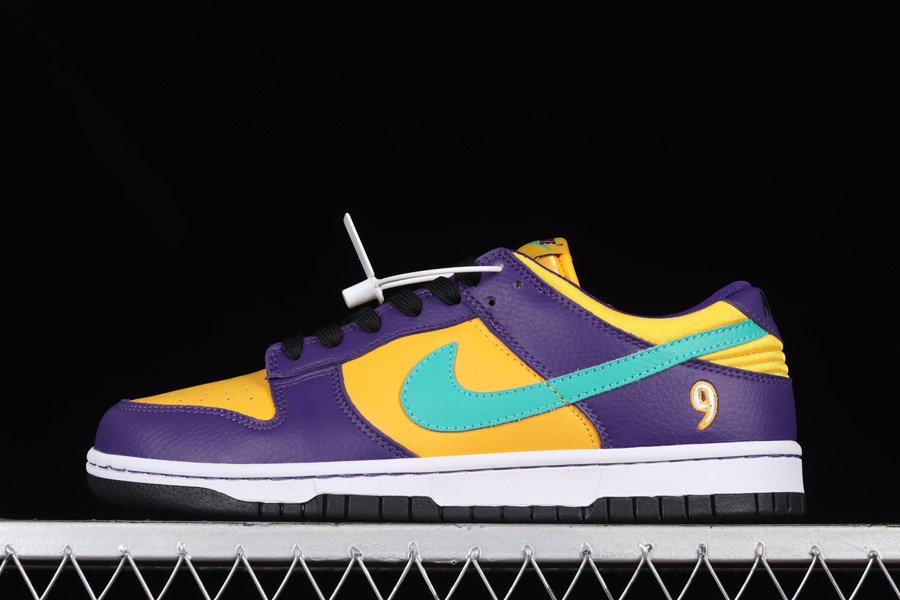