The Kasina x Nike Air Max 1 Won-Ang Particle Grey consists as one of two exclusive colorways by the Korean streetwear label which debuts today in celebration of Kasina’s 25th Anniversary and the 35th Anniversary of the Air Max 1. Notably inspired by the Won-Ang (Mandarin ducks) that symbolize unity and love, the runner dons an understated color scheme of “Particle Grey/Dark Teal Green,” with the upper bearing an embroidered Won-Ang and a graphic of two ducks coming together underneath the translucent outsole. Additionally, pony hair and soft suede reinforce its leather base, while exclusive details—including Won-Ang keychain and wooden dubraes round out the overall aesthetic. 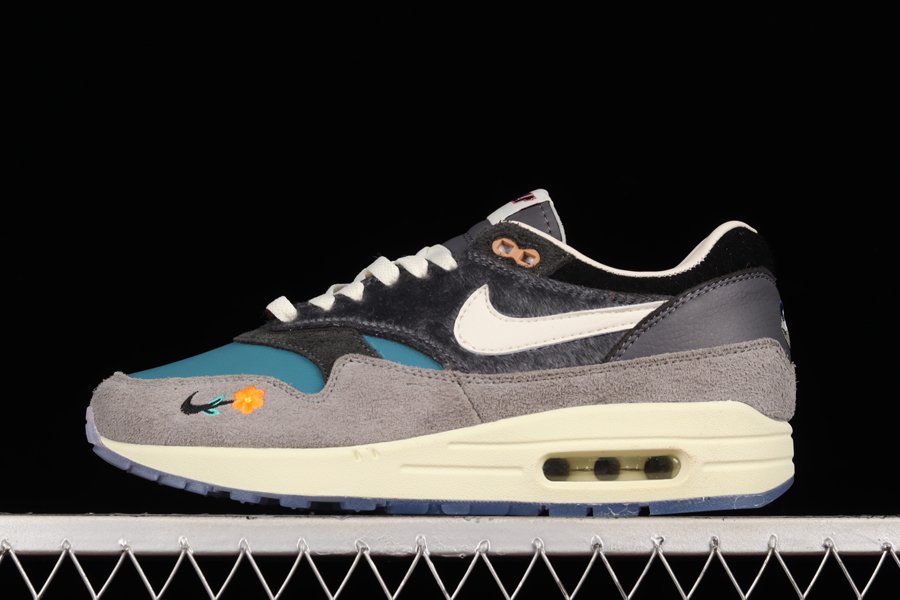