The “Air Jordan 6” is a memorial pair worn by Michael Jordan when he won his first championship. In 2002, the low-cut version was released for off-court use. The sneaker scene entered a new phase in the 2000s, and Air Jordan 6 is still popular. The “Chrome” was reissued in 2015, and was also worn by Kobe Bryant during his sneaker free agent days. The fearless coloring with metallic silver shone brightly on and off the court.

The metallic texture is reminiscent of the classic “Chrome”, and the original silhouette is now available in this colorway. The entire upper is constructed with a matte nubuck reminiscent of the classic “Black/Infra Red,” while the spoiler-like heel and midsole are designed to further accentuate the metallic silver luster. The outsole is covered with clear rubber, symbolizing the “AJ6,” adding a touch of coolness to the heavy color scheme. 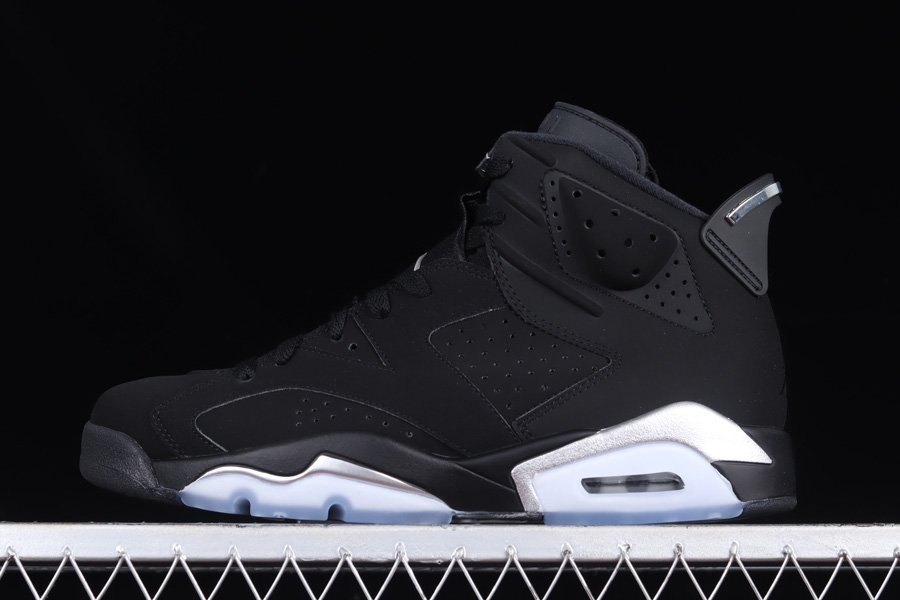