The brainchild of Christian Tresser, the Silver Bullet was one of the first colourways to drop when the silhouette made its debut back in 1997. Decked out in a metallic silver makeup, the futuristic tones paired with the water ripple-inspired upper results in a trainer that’s regarded by many sneakerheads as the most iconic shoe ever made. Striking red accents hit the tongue and side panels for a pop of contrast, and down below is where the magic happens.

While it retains the full length Air bubble, the rubber outsole has been considerably beefed up with an aggressive toothed tread patter for enhanced traction. Even if you’re not a fan of the sport, you can probably still appreciate the extra gripiness, especially during the wet and windy months. 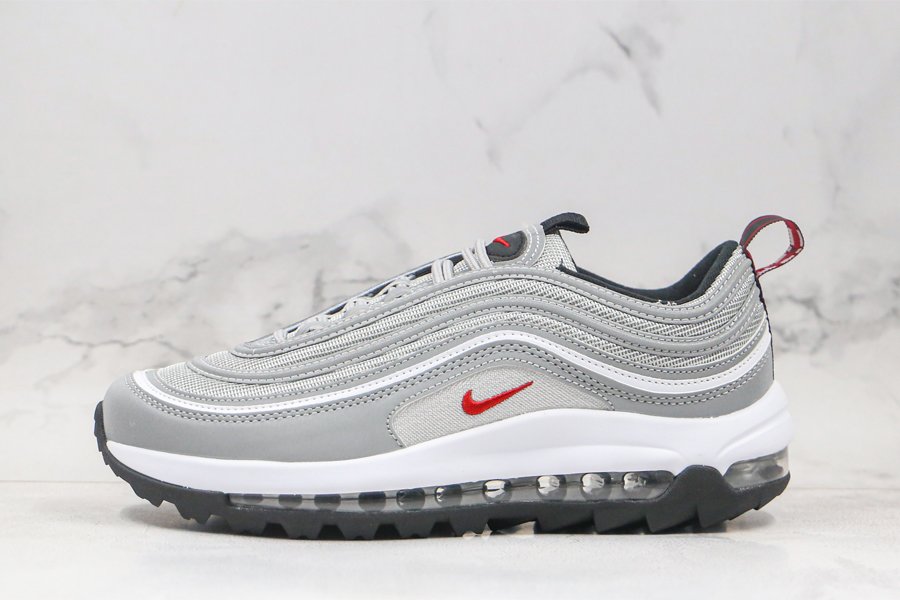