The Nike Kyrie 7 “Special FX” focuses on Kyrie’s love of film-making. His first venture onto the big-screen came by way of Uncle Drew, which was originally derived from the Nets star’s role in the unforgettable Pepsi ads. To communicate the concept, Nike represents a green screen with the choice of sole color, while the upper is designed with cinematographic, film-like layers. A gold film camera logo is placed on the heel, as is the initials “HF” for Happy Family. 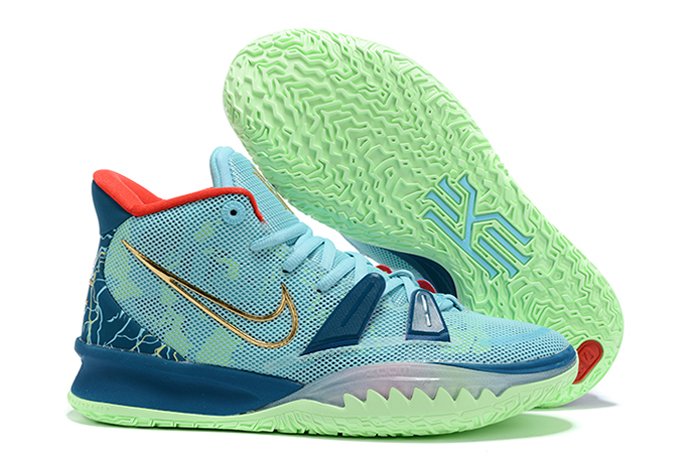