The Nike SB Lunar Eclipse Pack was composed of mostly leather on the upper and black sole bottoms. The Zoom Air insoles added not only comfort but continued the theme featured in just black and white. The usage of contrast stitching was one of those features that made that pack a standout, seen throughout the uppers. The version released on the East coast had the light grey on the toebox fading to charcoal gradient on the heel. The pair released on the West coast was flipped and had the gradient inverted. A depiction on the heel of the moon through eclipse was stitched in to give it a bit more detail to the inspiration. 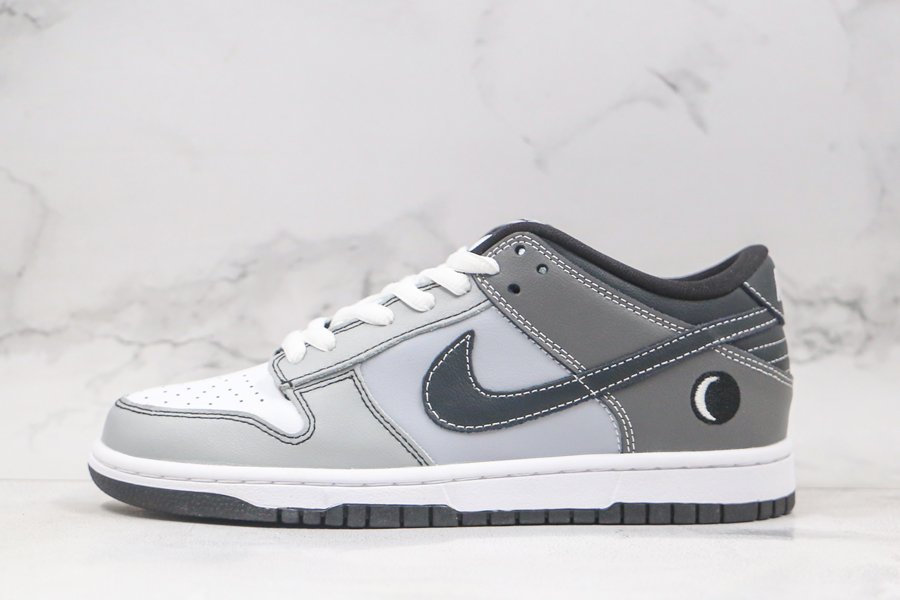