Off-White x Converse are serving up a re-release of their second Chuck 70 drop, clad with white canvas uppers, bright orange zip-ties, and Virgil Abloh’s signature bold striping on the insoles. This colorway originally launched back in 2018 and served as was Abloh’s second take of the classical basketball silhouette to arrive on the shelves.

From a design standpoint, the canvas uppers are mainly done up with a crisp white and come packaged with silver eyelets in which the laces run through. On the medial side, the Converse logo and Off-White’s signature Helvetica branding are printed out with stark black font, and complemented by a juicy orange tab that rests adjacent. A zip tie dangles off the side of the left shoe, this of which is also given a bright orange exterior.

Midsoles, while still keeping the neutral toned motif get a little more playful as black and white stripes wrap around its entirety. Further details arrive by way of the co-branded inserts, as well as the treading which is splashed in orange entirely.

The re-release has been officially announced on FavSole by Converse, with a date scheduled for March 30th. 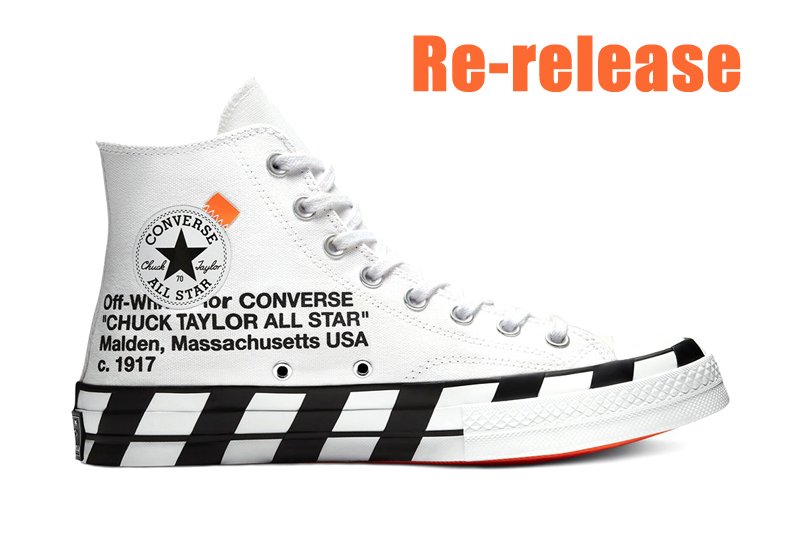 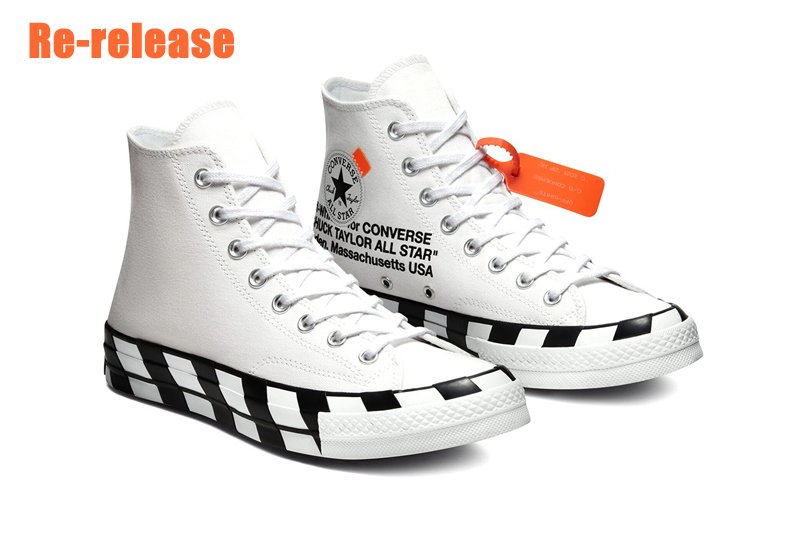 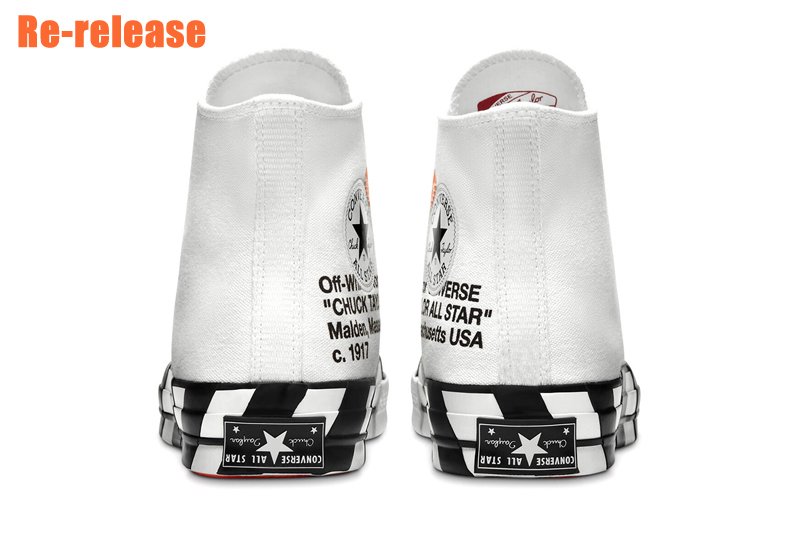 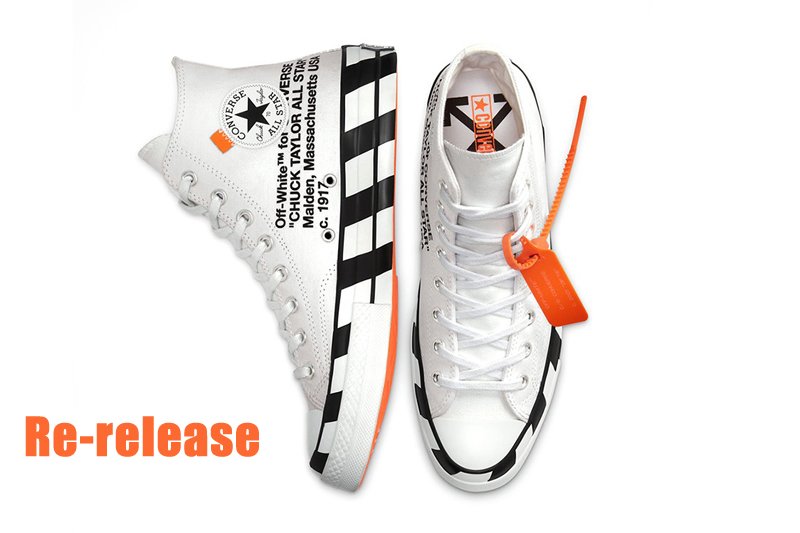