Uppers are divided between a knit construction reminiscent of the Nike LeBron 16 from midfoot to forefoot and molded structure from midfoot to heel. As with other recent footwear options from The Swoosh, James’ 18th Nike LeBron features Zoom Air cushioning at the forefoot and a Max Air unit specifically engineered for basketball at the heel, which debuted on the Nike LeBron 7 in 2009. Three visible Air units also appear on the tongue, a first for James’ footwear roster. 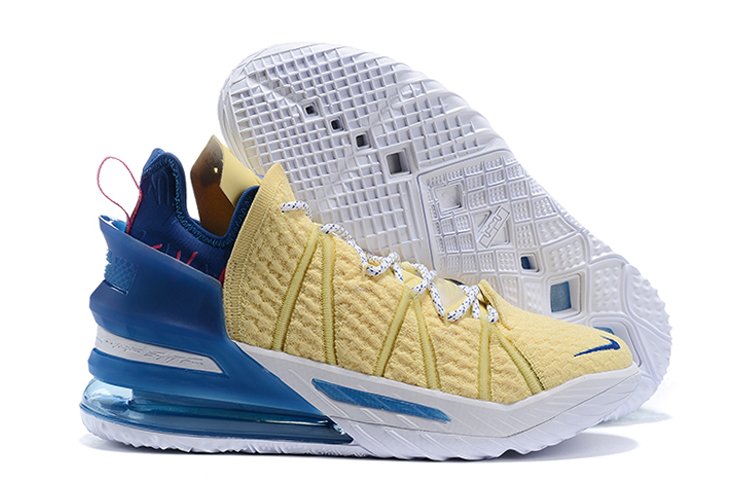